Friday the 13th…Just One of Those Days! 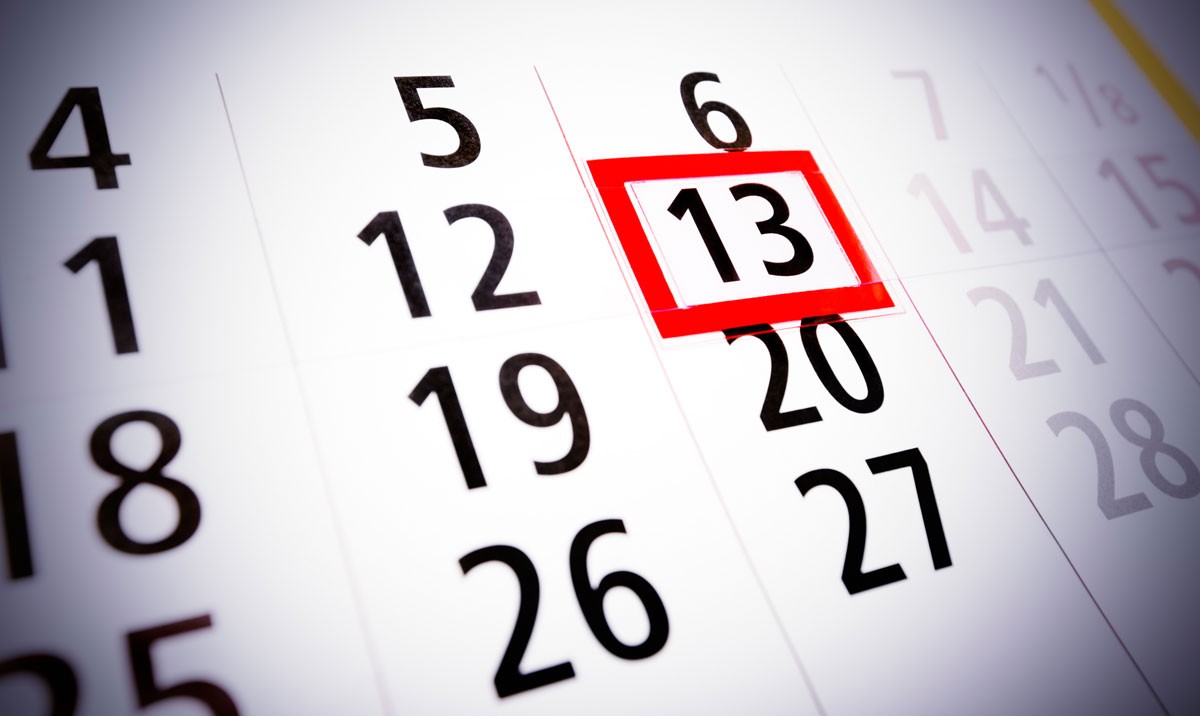 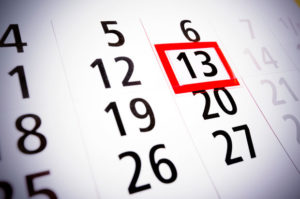 13 Facts About Friday the 13th

The infamous day has arrived! Many people agree that Friday the 13th is widely accepted in Western culture as being the unluckiest day on the calendar. But being wary of Friday the 13th is much more than a quaint superstition observed by a few uninformed people in distant, unreachable towns.

How Friday the 13th came to be viewed in this light is arguable, as there are no considerable mentions of superstitions associated with this date prior to the 19th century. While there are educated guesses as to how it came to be, nobody knows for sure where the superstition comes from.

1.  In the United States alone, it is estimated that between 17 and 21 million people dread Friday the 13th to the extent that it can be officially classified as a phobia.

3.  On Friday the 13th, some people will be so paralyzed with fear they simply won’t get out of bed. Others will steadfastly refuse to fly on an airplane, buy a house, or act on a hot stock tip.

4.  90% of US skyscrapers do away with floor number 13 (according to reports by the Otis Elevator Company), some hospitals avoid rooms numbered 13, and a few airline terminals bypass gates numbered 13.

5.  Lizzie Borden, the prime accused in the infamous Hatchet Murder Case of 1892, uttered a total of 13 words during her trial and was acquitted.

6.  The 32nd President of the United States, Franklin Roosevelt, never travelled on a 13th and refused to have a meal with 13 people at the table.

8.  How many loaves are there in a ‘Baker’s Dozen’?   It is superstition that prevents this number be mentioned by name. In fact, the extra loaf, presumably the runt of the litter, was baked as a special bribe for the devil not to spoil the batch of loaves.

9.  The number 13 is not unlucky for all cultures. The Mayas worshiped the 13 gods of the upper world. The Aztecs climbed 13 steps to their sacred places. Buddhists paid homage to 13 Buddhas. The orthodox Jewish prayer book holds the Thirteen Principles of Faith.

11.  Superstitious diners in Paris can hire a quatorzieme, or professional 14th dinner guest.

12.  The seals on the back of a dollar bill include 13 steps on the pyramid, 13 stars above the eagle’s head, 13 war arrows in the eagle’s claw, and 13 leaves on the olive branch.

13.  Every calendar year has at least one Friday The 13th. The most Fridays The 13th that can occur in any given calendar year is three, such as in 2012(January, April and July)!

Whether you suffer from friggatriskaidekaphobia or not, we at McGann Facial Design hope that you enjoyed these fun facts about Firday the 13th, and that you have a great weekend and a lucky Friday!