Is Your New Year’s Resolution Bad For Your Teeth? 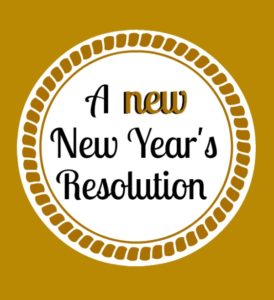 Definition of New Year’s Resolution
:  a promise to do something differently in the new year
<Her New Year’s resolution is to exercise regularly.>
~Merriam-Webster

A New Year’s resolution is a tradition, most common in the Western Hemisphere but also found in the Eastern Hemisphere, in which a person resolves to change an undesired trait or behavior.

Each January, roughly one in three Americans resolve to better themselves in some way. A much smaller percentage of people actually make good on those resolutions. While about 75% of people stick to their goals for at least a week, less than half (46%) are still on target six months later, a 2002 study found.

Many resolutions center around improving health. Whether you enjoy it or not, exercise is important for keeping your body functioning healthy. Of course, while there are major benefits to exercising, there are also some downsides. But did you know that exercise can have an impact on your dental health? Studies have shown that exercise and fitness habits can result in an increase in dental decay and tooth erosion. Here are some of the things you should be aware of when it comes to how exercise can affect your dental health.

What Causes the Negative
~ Open Mouth Breathing
During intense exercise, people tend to breath heavily with an open mouth. Mouth breathing dries out your mouth, reduces saliva flow, and creates an environment for bacteria to thrive. Saliva is filled with minerals that work to fight bacteria, protect tooth enamel, and prevent decay. To prevent decay caused by a dry mouth, learn to breathe through the nose during exercise and hydrate with water before, during, and after your workout.

~ Jaw Clenching
Athletes often clench their jaw when straining to lift weights. This pressure can result in excessive wear and cracked teeth. To protect teeth from the effects of clenching (or other accidents), consider using a mouthguard.

~ Consuming Sports Drinks
Many athletes prefer to rehydrate by drinking sports drinks or energy drinks. Although the electrolytes found in these beverages can in fact help your body refuel and stay hydrated during a workout, they can take a major toll on your teeth. In fact, a study published in the clinical journal of the Academy of General Dentistry found that there is so much acid in sports drinks that damage occurs after only 5 days of consistent consumption.

Sugary sports drinks are up to 30 times more erosive to the teeth than water. The citric acid they contain can soften the tooth enamel so much that even brushing can cause tooth damage. Taking frequent, small sips of sugary liquids increases the chance of tooth decay. Avoiding the use of sports drinks and hydrating with water instead can prevent these negative effects. If you feel you must use sports drinks, don’t drink small amounts over an extended period of time, rinse your mouth with water afterwards, and avoid brushing immediately after consuming.

For Every Positive There is a Negative
Despite these negatives, exercise clearly has a positive impact on dental health. Regular exercise prevents gum disease. A study published in the Journal of Dentistry found that regular exercise can help lower the risk of contracting periodontitis, or gum disease. There is also a correlation between BMI and oral health. Maintaining a healthy BMI (body mass index) is actually very beneficial for your oral health. Health issues associated with obesity like hypertension and diabetes are known for contributing to poor oral health.

Exercise doesn’t have to hinder your oral health. Despite the oral health cons of exercising, staying in shape doesn’t have to take a toll on your teeth. As long as you are aware of how exercise impacts dental health, you can avoid risk factors and stay motivated to keep your whole body happy and healthy.