The 2016 Summer Olympic Games…Will You be Watching?

Billions of people around the world will be watching as the Olympic Games open tonight. But aside from cheering on Team USA in their quest for gold and watching your favorite events, what do you really know about the Olympics?

THEN & NOW: ANCIENT OLYMPICS/MODERN OLYMPICS
According to historical records, the first ancient Olympic Games can be traced back to 776 BC. From the 8th century B.C. to the 4th century A.D., the ancient Games were held every four years in Olympia and were dedicated to the Olympian gods. The first modern Olympics took place in 1896 in Athens, and featured 280 participants from 13 nations, competing in 43 events. The modern Olympics are considered to be the world’s foremost sports competition with more than 200 nations participating.

THE OLYMPIC MOVEMENT & THE INTERNATIONAL OLYMPIC COMMITTEE
On June 23, 1894, the Olympic Movement and the International Olympic Committee (IOC) were established. The brainchild of Frenchman Baron Pierre de Coubertin, the IOC is the governing body of the Olympic Games, with the Olympic Charter defining its structure and authority. The Olympic Movement works year-round to promote Olympism and use sport as an agent for positive social change around the world. Olympism seeks to create a way of life based on the joy of effort, the educational value of good example, social responsibility and respect for universal fundamental ethical principles.

THE OLYMPIC MOTTO
The Olympic motto is made up of three Latin words : Citius – Altius – Fortius. These words mean Faster – Higher – Stronger.

It was the Dominican priest Henri Didon who first expressed the words in the opening ceremony of a school sports event in 1881. Pierre de Coubertin, who was present that day, adopted them as the Olympic motto. It expresses the aspirations of the Olympic Movement not only in its athletic and technical sense but also from a moral and educational perspective.

THE OLYMPIC CREED
“The important thing in life is not the triumph, but the fight; the essential thing is not to have won, but to have fought well.”

Inspired by the words of the Bishop of Pennsylvania, Ethelbert Talbot, Pierre de Coubertin first spoke this phrase in a slightly different form at a reception given by the British government on 24 July 1908. It went on to become the Olympic Movement’s creed.

RIO 2016
The Olympics feature summer and winter sports competitions and are held every four years. The Summer Olympic Games, officially known as the Games of the XXXI Olympiad, and commonly known as Rio 2016, will take place in Rio de Janeiro, Brazil from August 5-21, 2016; though opening rounds in some events began on August 3, 2016. With the motto Un Mundo Novo (A New World), these Summer Games will mark the 1st time South America is hosting the Olympics.

OPENING CEREMONY
Michael Phelps, who has never walked in an Olympic Opening Ceremony before, will carry the U.S. flag at the 2016 Rio Opening Ceremony on Friday, August 5. He was selected as the flag bearer by a vote of fellow Team USA members. Phelps, set to compete in his fifth Olympic Games, is the most decorated Olympian of all time with 22 medals,18 of which are gold.

The Opening Ceremony (as mandated by the Olympic Charter) provides host cities the opportunity to put their culture and history on the world stage. The proceedings combine the formal ceremonial opening of the Olympics (including welcoming speeches, hoisting of the flags, and the parade of athletes) with an artistic spectacle to showcase the host nation’s culture. Around 78,000 spectators are expected to witness the Rio 2016 Opening Ceremony live from the Marcaña Stadium.

RIO 2016 FACTS & FIGURES
Here are some interesting facts and figures about the 2016 Summer Olympic program:

1
Number of times South America has hosted the Olympics

2
Number of sports making a comeback this year (golf & rugby)

3
Number of times London has hosted the Summer Olympics, the most of any city

4
Number of times the USA has hosted the Summer Olympics, the most of any country

10,500
Number of athletes expected to compete

554
Number of athletes on Team USA

16
Age of the youngest members on Team USA (gymnast Laurie Hernandez and hurdler Sydney McLaughlin, both from New Jersey)

4,924
Number of medals up for grabs across 42 disciplines in 28 sports

2,406
Number of Summer Olympic medals won by US athletes to date (the most of any country)

6,755
Hours of programming the networks and digital platforms of NBCUniversal will air

17,000
Tons of waste will be produced during the games

85,000
Number of security personnel who will work the Rio Games

500,000
Number of foreign travelers expected to visit Rio for the Games

For more information on the Olympics and its legacy of blending sport with culture and education in an effort make a positive change around the world, visit www.olympic.org 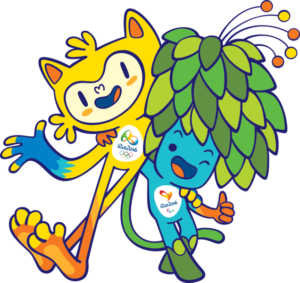 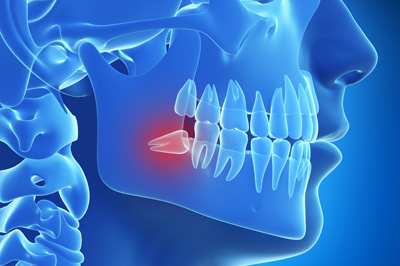